Golf is the best game in the world and playing with friends makes it even better. Stomping across fresh cut fairways while in the company of good friends is one of the best ways to spend your time.

While playing golf just to play is amazing, winning money from your friends while playing is even better.

You may want to add a twist to your casual games to make your next round a little more interesting. Why not make things a little spicier by playing for some money.

You have probably heard stories of guys like Michael Jordan playing holes for thousands of dollars. If you have that much money to throw away, thats awesome, but you don’t need to play for thousand to get your heart racing. You’ll be surprised how tricky a 6ft put becomes with $5 on the line.

We are going to take you through a list of some of the best and most interesting golf betting games that we know of. You may have played one or two of these before but you probably won’t have played them all. Take some inspiration from the list, pick the one you think you’ll be best at and go make yourself some easy money this weekend. 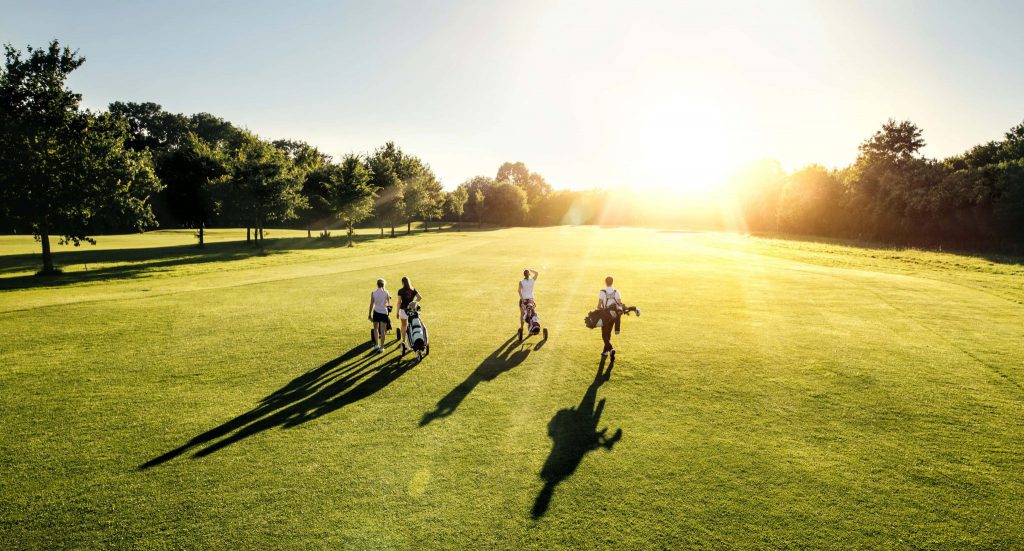 This is one of the most famous betting games in golf. Named after the country club in Long Island, NY, that made it famous this one is the simplest of all. In this game you split the round into three separate games and play for the front nine, the back nine and the full eighteen.

So let’s say you’re playing a two-dollar Nassau. That would mean that whoever wins the front nine gets two bucks, whoever wins the back nine gets two bucks and the person that wins over 18 holes gets the final two dollars. You can play for whatever dollar amount you wish but this simple game is perfect for those who are new to betting in golf. It also means the game isn’t over if you are way down at the turn.

The skins game has been made famous by celebrity matches and professional matches over the years. The most recent example was the Tiger versus Phil showdown in Las Vegas (One birdie between the two of you? C’mon guys!). While heavily watched, this match may go down as the least eventful sporting event in history.

So how do you get in on some of this action? This is another relatively simple one. The first job is to assign a dollar value for each skin. A skin is won when you win a hole so 18 skins are available in your round. If you and your opponent tie a hole then that skin carries over, known as a push, and becomes available on the next hole, i.e. two skins are now up for grabs.

This carrying over happens until someone wins a hole all outright and takes the entire pot. You can win a lot of money in a skins match however you can equally lose a lot, so be careful the value you put on each skin and don’t get cocky. You have been warned. 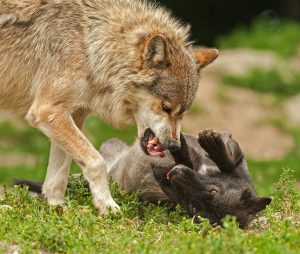 This is the least known game described so far and it’s also slightly more complicated but it is a lot of fun for groups of four. In Wolf at times you will have to take on the other 3 members of your group (1 v. 3) so it will test your ability to perform in the spotlight.

When you are the wolf it is your job to win the hole and you can do this as a lone wolf or you can pick a teammate and if either of you win the hole then the wolf wins.

After each individual tees off, you have the chance to make them your partner or pass to the next player. If you choose a partner, it is a 2 v 2 match, however if no partner is chosen and you go “Lone Wolf,” it becomes a 1 v. 3 match. The player or team with the best ball score wins.

Here’s the thing though, if you win the hole as a “lone wolf” you win four points, if you win as a pair you each win two points. The golfer finishing the round with the most points wins the pot. As you can see this game is slightly more dynamic but great fun for all. You will also see who your friends think is the best golfer because that’s the guy that will be called up most to help out.

A twist on Wolf

Another bonus you can add to this game is the ‘cry wolf’ rule. When you’re playing the game this way, any golfer at any point can ‘cry wolf’ at the tee. Once you’ve cried wolf then the pressure is on. If you do this then you must birdie the hole. If you make the birdie then you win a bonus four points, if not you lose two points.

To start, the name of this game alone makes you want to play it. This one has so much going on that even the weakest player in your group has a chance of winning some points. You’ll need to concentrate as we explain the rules here:

Bingo – The first player on the green gets a point, it doesn’t matter if this is done in regulation or not.

Bango – The player closest to the hole once all of the balls are on the green (an important detail) gets the second point.

Bongo – The final point goes to the first player to get the ball in the hole.

Three points available on each hole and the person with the most points at the end of it all takes the bounty. As you can see, this game rewards fluke shots as well as good solid golf so it’s a great one to play when you have a mixed group of skill.

The first time you play this game you will probably end up wildly confused. It takes a fair bit of mental effort to remember the scoring methods and what score everyone has. However, once you get used to it you will love it. This game is so much fun as you can score on so many shots and you can also get sneaky to win points on holes you’re not playing well on.

All of the games mentioned until this point are suited more toward two or four players. Bingo, Bango, Bongo is ok with three players but Nines is specifically for groups of three. This game is fairly simple but you will definitely need to be writing scores down to keep track of this one.

Like a few of the others mentioned above, this is a points scoring game with the winner being the golfer with the most points at the end of the round. If you win a hole outright you get five points, an outright second picks up three points and the worst player on the hole gets a solitary participation point.

If a hole is halved by all three players then you each get three points. If the hole is halved by two players then you split the eight points between you to get four each. The other combination score is if one person wins the hole and the other two half then they get two points each. Fairly simple but like in the board game ‘Monopoly’ you need a banker, for Nines you definitely need a score-keeper.

Why not play the betting game that Dr. Bob Parsons, founder of PXG plays. He and his golf buddies invented this one and he spoke about it on the Erik Anders Lang Podcast. In this game, you need to once again assign a dollar value for a point.

You’re playing for points and when you first tee off on any hole, anyone can double the bet or “roll” anyone else in the group. If someone rolls you then you can take the bet or not. The bet is for a point and if you choose not to take the bet then you concede the point. If you take the bet then you’re playing for double points. You can keep rolling until the ball is in the hole i.e. if you hit a great second shot you can roll, and end up having a hole worth many points and points equal money! Think of this like betting on a card draw.

This continues until a ball goes in the hole.

Winning with a birdie doubles the bet, an eagle quadruples the bet and a hole in one is a 10x! If you’re able to stay with this complicated one then it can be a lot of fun and can get tense!

So much happens during a round of golf that you can make up so many side-betting games. There are plenty out there but the ones above are some of the best known and most fun to have a shot at. Let’s be honest, if you’re picking the game for your usual Saturday group then put forward the one that is going to suit you best and pay for your dinner that night!